Hospital has its cooling — and heats with it, too

The installation of a dedicated heat recovery chiller at this hospital resulted in a one- to two-year-simple payback, thanks to greater than anticipated efficiency due to higher operating temperature differentials and increased gas prices. 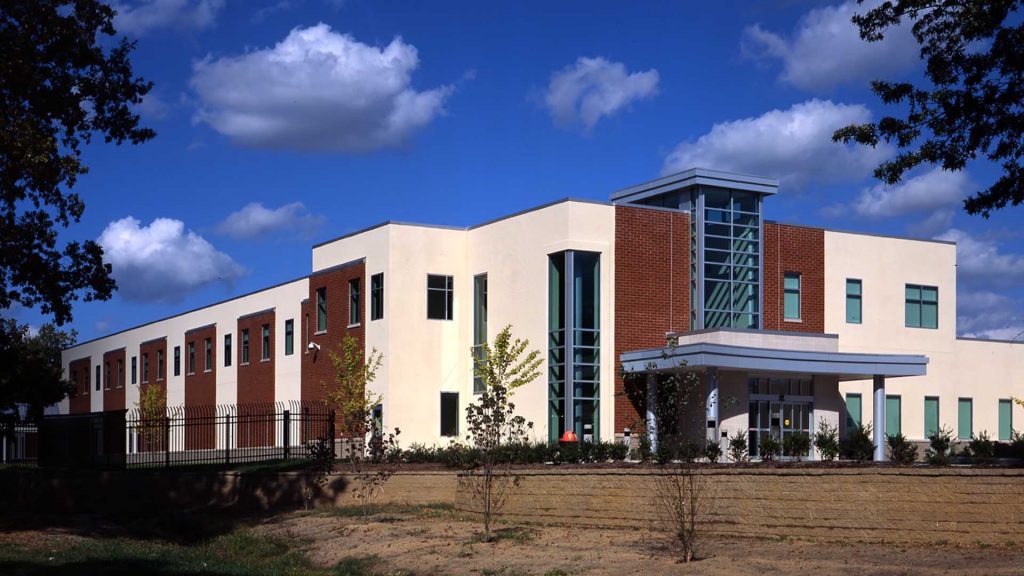 Evansville State Hospital in Evansville, IN, is recovering more than patients these days — it’s recovering BTUs. Since installing a 45-ton “dedicated heat recovery chiller” (DHRC) from Multistack, LLC, the psychiatric hospital is reclaiming approximately an average of 3,000 MMBtu (3 billion or 30,000 therms) per year. This figure is based on Btu meter readings for the heat produced by the DHRC taken for the period beginning at the first of April to the end of August 2005, which indicated a total of 1386.4 MMBtu. The DHRC runs year-round, therefore the estimated annual total is 1386.4 MMBtu x 12/5 or 3,327.4 MMBtu.

The hospital uses this extra (free) heat for VAV reheat required for space tempering and dehumidification, and also for indirect preheating of domestic hot water. Meanwhile, on the cooling side, the DHRC provides usable chilled water, which allows the hospital to unload its main chillers in the summer and reduce economizer operation and associated humidification cost in winter.

The innovative design provided by Veazey, Parrott, Durkin & Shoulders (VPD&S) was part of a complete hospital replacement in 2002. In keeping with the architecture and engineering firm’s commitment to energy conservation, high-efficiency condensing boilers were selected for the project. This was a complementary selection with the DHRC because condensing boilers allow for a lower heating water temperature design of 130°F /110°. This is the ideal target for the DHRC units, which operate easily at temperatures below 140°.

In this particular application, the heat generated by the condenser side of the DHRC is enough to satisfy up to 100% of the VAV requirement and preheat domestic hot water. Distribution of recovered heat fluctuates according to season and domestic hot water demand. A built-in control automatically determines how the recovered heat is most effectively distributed between the VAV reheat and the domestic water. In addition to heating, the DHRC supplements the chilled water from the main chiller.

HOW IT WORKS
In this application, the DHRC is installed upstream of the condensing boilers. If the DHRC provides sufficient heat to maintain the VAV heating load, the condensing boilers remain idle. Return water temperature from the VAVs varies between 90° and 110°, depending on the season. Before returning to the DHRC, this water passes through a plate-and frame heat exchanger where it preheats domestic supply water from 55° to about 100° before the incoming water goes to the main domestic water heater.

Not surprisingly, this can have a significant impact on energy consumption. At the same time, the DHRC provides the heat required for tempering and dehumidification without violating ASHRAE Standard 90.1, which is very restrictive on the use of new energy for reheat. According to Tom Durkin, project engineer for VPD&S, that’s an energy standard that often gets ignored.

“Given the choice between high humidity problems, the usual practice is to ignore the ASHRAE standard and run the boilers in the summer for humidity control,” said Durkin. “Running the boilers costs a facility approximately $2.33 per therm of heat output. This is based on an estimated seasonal efficiency of 60% for conventional boilers. DHRC can provide reheat for about $0.52 per therm.”

When compared to the cost of natural gas at $1.40/therm, the savings would be at least $36,400 per year and up to $54,300 per year, depending on the efficiency of the boiler the DHRC was replacing. Originally, it was calculated that the payback would be approximately three years. However, after experiencing greater than anticipated efficiency due to higher operating temperature differentials, and “post-Katrina increase in gas prices,” the payback is in the one-to-two-year-simple payback range.